Being mentally and financially ready for retirement are two separate things. And some of the financial hurdles aspiring early retirees face aren’t tied to their assets.

Timing isn’t everything, but it does come into play for early retirees. From Social Security benefits to pensions, many fixed income sources have restrictions in place for when retirees can — or should — take advantage of them.

“Often, there are large income deficits in the early retirement years, mainly due to the age-based timing of income sources, including Social Security and pensions.”

The “gap years” between when someone retires and when Social Security or other benefits kick in may seem like too steep a hurdle for those contemplating early retirement. Especially if they have larger monthly expenses, like a primary mortgage or vacation home they are still paying for.

Additionally, there’s the issue of paying for health insurance before being eligible for Medicare at 65. Private insurance policies can cost around $1,500 per month,* these totals can add to the deficit between income and expenses in early retirement.

Faced with these expenses and the shortfall they create, pre-retirees may opt to:

Delay retirement - some may choose to keep working until they are eligible for Social Security, Medicare, or both. By working a few more years, they can add to their retirement accounts and save on healthcare if they can remain on their employer’s plan until they retire. Yet, they could be losing out on some of their most mobile, healthy years in retirement.

Retire, but cut out all discretionary spending - if those wishing to retire won’t receive their pension or Social Security benefits for a couple of years, they may decide to retire early but refrain from spending money on any “fun” activities. This strategy may help prolong their nest egg, but it could also instill a scarcity mentality that may be difficult to break later in retirement.

Fearing they could run out of money, retirees with a scarcity mentality may refrain from taking trips or pursuing hobbies once they start receiving pensions, Social Security, or other timing-based benefits like Medicare. Plus, this fear of never having enough can also lead to poor, emotionally-driven financial decisions down the road.

Paul and Sonia are in their late 50s. They really want to retire, but have seven years left on their mortgage. They don’t want that $1,200 monthly expense eating away at their budget in those early retirement years. What should they do? 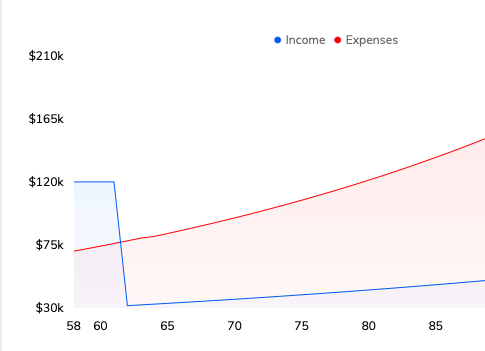 If they retire now, they could have less to spend enjoying themselves each month. Also, how will they pay for health insurance before turning 65?

If they work until the mortgage is paid off, Paul and Sonia may be gambling with their most youthful years. By delaying travel and all the things they’ve looked forward to while working and saving for retirement, there’s a chance they could put them off indefinitely due to declining health.

If they take a large chunk of their nest egg to pay off the mortgage and retire now, they may reduce how much savings they have to last for the rest of their lives.

When it comes to solving for an early retirement income shortfall, each of these decisions has trade-offs many of us would rather not have to deal with. Fortunately, there are steps pre-retirees and new retirees can take now to help plan for and enjoy retirement now.

Conducting a retirement risk assessment can be a great place to start. Free online tools like Heyday’s Custom Retirement Review empower retirees to see where their savings stand against potential risks — then make moves to help secure their finances.

Ready to discover how at risk your nest egg may be? Take your free assessment here. 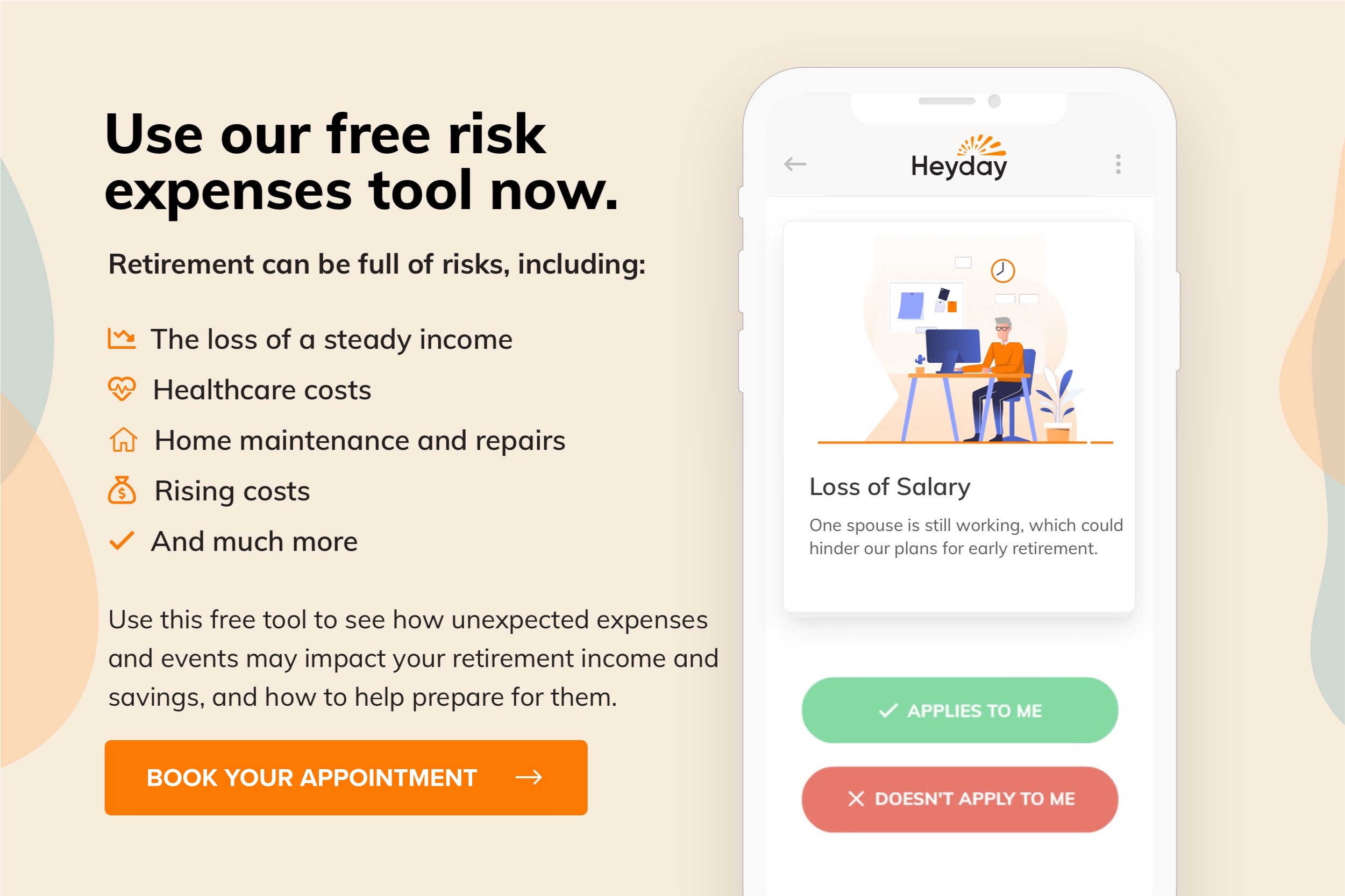